Home » Out of state 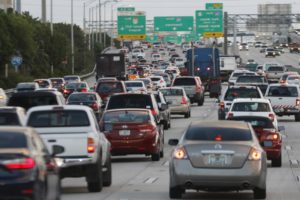 If you are accused of a traffic offense in New York, you want to ensure that you get the right legal help to respond to your ticket. This is especially important for people who were visiting the state when they were cited.

If you do not live locally, you may be tempted to just pay the ticket rather than returning to the state to fight it. Unfortunately, despite what many people believe, a traffic ticket in New York can follow you home and affect your driving rights in the state where you live. And, if you don’t just get a ticket but are actually arrested for a traffic crime like drunk driving, the arrest in New York could also create major legal trouble for you back home.

NYC Traffic Lawyers can help you to understand your options if you get a ticket as an out-of-state driver. Our legal team knows the ins-and-outs of New York’s traffic laws and we also understand how many other neighboring states will treat your traffic offense.

You should give us a call as soon as you can after you’re cited for a moving violation or arrested for a traffic offense so a NY traffic attorney can help you to begin crafting a strategic response to the accusations that have been made against you.

What if You’re Accused of a Traffic Offense In a State You Don’t Live In?

If you are accused of a traffic offense in a state you don’t live in, you cannot just ignore the accusations. You’ll either have to pay the fine, negotiate a plea deal, or come back to the state to deal with accusations in court. The options available to you and the best course of action will vary based on the nature of the traffic offense.

When you are arrested for drunk driving or another misdemeanor or felony offense, your home state will be notified in every case and the conviction will be on your criminal record at home. Your license in your home state likely will also be suspended, just as it would have been if you’d gotten a DUI where you lived.

How Can NYS Traffic Lawyers Help You?

Whether you are a New Yorker who was cited in another state or you are from out of town and facing accusations in New York, NY Traffic Firm can help you to understand the implications of being convicted of the violation that you allegedly committed. Our firm can also help you to decide how best to respond to the accusations, whether this involves negotiating a plea or fighting against the claims that you broke the law.

If you live out of state and are coping with traffic law problems in NYC, our legal team will work with you to help you resolve those problems as quickly as possible with as few visits back to the state as we can achieve. We know that you cannot afford to interrupt your life to make repeated trips back to New York City to fight a ticket, and we also know what a hardship it would be if you were convicted of a traffic crime and had to serve jail time in New York.

We will work very hard to make sure that doesn’t happen, and we’ll aggressively advocate for you to protect your license in your home state, minimize fines and penalties, and resolve your legal issues as efficiently as possible under the circumstances.

Getting Help from A New York Traffic Ticket Lawyer

NY Traffic Firm provides representation to both local and out-of-state motorists who were charged with a traffic crime or cited for a moving violation in New York. We’ll help you to understand your rights and will fight aggressively on your behalf to minimize or avoid consequences that can affect your freedom and future driving abilities.

Give us a call today to find out more about the ways in which our legal team of knowledgeable NYS traffic ticket lawyers can assist you in responding to accusations that you broke the rules of the road.