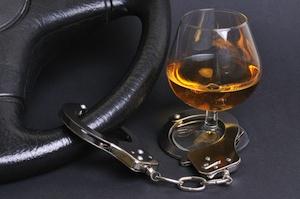 The state of New York takes drunk driving very seriously and imposes harsh penalties upon those who are convicted of driving while they are impaired by alcohol or drugs. Penalties become even more severe in circumstances where a person is convicted of repeated drunk driving offenses. For example, a third DUI conviction within 10 years can have serious, life-changing consequences.

If you are accused of driving drunk, you need to vigorously fight charges so you can stay out of jail, keep your license, and avoid ending up with a criminal record that will affect you if you are arrested again in the future. NY Traffic Firm helps defendants accused of drunk driving to try to avoid conviction and a history of the offense on their record.

Developing the right legal strategy to respond to charges becomes even more important if you get repeated drunk driving convictions. Our New York drunk driving defense lawyers have helped many motorists facing the possibility of a third DUI conviction within 10 years. When you are at risk of being convicted of such a serious offense, you should reach out to our legal team right away so we can work with you to develop a legal strategy aimed at avoiding harsh consequences. You should give us a call right now if you have been arrested or are accused of a third DUI so we can get started on developing a plan for your case.

Consequences of a Third DUI Conviction Within 10 Years

According to the New York Department of Motor Vehicles, a third DUI conviction within 10 years of the two prior convictions could be considered a Category D felony offense. This is much more serious than a first drunk driving offense, which is a misdemeanor offense. A felony can affect your rights going forward in profound ways.

If the third DUI conviction is for aggravated drunk driving, then the penalties are even harsher and the minimum period of license revocation is an 18-month period of time. Not being able to drive for so long can be detrimental to your ability to work and fulfill your obligations, in addition to the other penalties including the potential for a lengthy jail sentence.

A drunk driving lawyer in New York can help you to avoid conviction and the harsh consequences of a third DUI conviction within 10 years, or can work with you to negotiate a favorable plea deal to at least reduce the serious penalties that could be imposed. NY Traffic Firm has represented many repeat DUI offenders and we know how to tackle these tough cases. Just give us a call today to get legal help from our compassionate and knowledgeable drunk driving defense lawyers so you can fight to protect your future.