If you make an illegal right

turn, an illegal left turn, or an improper U turn in the state of New York, you could get an improper turn ticket. This ticket could have serious consequences for your future, as an illegal turn ticket is considered to be a moving violation. This means that you can get points on you license if you are found to have turned unlawfully or if you are found to have turned without signaling first.

New York’s Vehicle and Traffic Law imposes many different requirements that are designed to ensure vehicles can turn safely. If you violate any of the rules, the improper turn ticket that you receive could mean a monetary fine, points on your license, and other potential consequences, depending upon different factors including your past driving record.

NY Traffic Firm has helped many motorists who are facing an improper turn ticket and our legal team can help you, no matter what the nature of your traffic offense. Contact us today to learn how our New York City traffic lawyers can help you after you’ve received an unsafe turn ticket.

There are multiple regulations within NY VTL that address when motorists are allowed to turn, the proper protocol for making a turn, and how drivers must use their signals to indicate when they are planning to turn.

Many of the regulations that are related to turning your car are found in New York Vehicle and Traffic Law section 1160. This code section, among other things, sets forth the rules for a vehicle’s required position when the car will turn in either direction or when the car will make a U-turn.

“close as practicable to the right hand curb or edge of the roadway.”

If the driver is in a location where it is legal and safe to drive on the shoulder or slope, the driver typically should move over onto the shoulder before making a right-hand turn when doing so is feasible.

Protocol for left turns varies depending upon when the driver is making a left turn on two-way roadways or on one way roads. However, on both types of roads, drivers should generally be positioned as far to the left as they legally can be before trying to make a left turn. 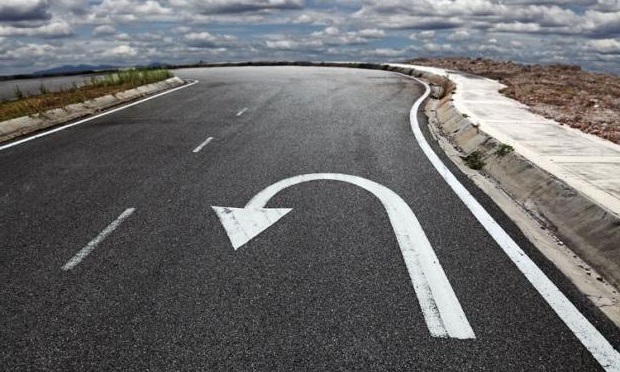 U-turns are also addressed in Traffic Law section 1163. The relevant code section mandates that U-turning drivers must make their turn originating from the part of the highway that is closest to the marked line in the center of the road. If a U-turn is prohibited by signage, the driver should not attempt to make a U-turn. U-turns are also not allowed when a car is traveling near the crest of a grade and could not be seen by approaching cars and are also not allowed in school zones.

While the regulations in section 1160 primarily address the specifics of where to turn from and what the conditions are that allow you to turn, section 1163 also imposes a mandate on motorists making a turn which requires them to signal.

Drivers need to understand exactly which violation they have been accused of so they will know how to defend themselves and fight for their clean driving record.

Penalties for an Unsafe Turn Ticket

Because unsafe turn tickets are moving violations, penalties include license points. License points can send insurance rates skyrocketing, can be disqualifying if you apply for a job that checks your driving history, and can lead to a suspension of your license if you get too many in too short of a period of time.

Your attorney Simon Kabzan could help you to introduce doubt about whether you broke the law, and, when the seeds of doubt are planted, this could mean you’d end up with no penalties at all. He could also assist you in developing a strategy to keep your driving record as clean as possible and to face the minimum penalties possible for a moving violation if you don’t want to fight the ticket.

Whether you made an improper U turn, got a right on red ticket, turned at an intersection where the turn was prohibited or made any other improper left turn or improper right turn, you need to take action. Don’t assume you must just accept the consequences of making an illegal turn.

You have the right to be considered innocent until the allegations against you are proven, and you should talk with NY Traffic Firm to find out what your options are for fighting your moving violation.

There are many possible defenses that could be raised to justify an allegedly improper turn, and you can also simply work with your New York traffic lawyer to try to cast reasonable doubt on whether you made an improper turn at all. The key is to act quickly as soon as you have been given an improper tun ticket so you can respond and fight the ticket by the deadline and so you can begin working with our knowledgeable legal team on which strategy for responding to the ticket is best under the circumstances.

To find out more about the ways in which our firm can help you respond when you receive a citation, give us a call today.