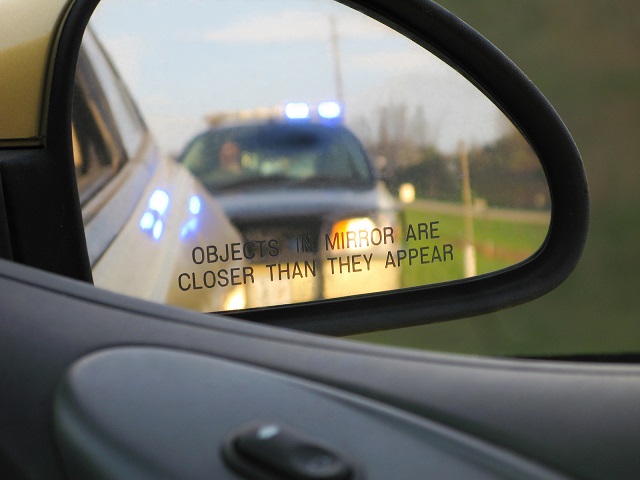 According to reports, one man’s rage at receiving a traffic ticket led him to commit an act of violence against a traffic agent that led to substantial injuries in late November.

Investigators say the on-duty traffic agent placed a ticket on a yellow 2022 Volkswagen GTI right before the trouble began. The vehicle was parked on Avenue Z at around 12:50 P.M. As soon as the agent placed the ticket, a man reportedly confronted him.

A nearby surveillance camera captured the confrontation on film. The video, which has since been released to the public by police, shows the irate man getting closer and closer to the agent as the two argue. The approaching man could also be seen yelling into the agent’s face and pointing at the street several times.

Things got more intense when the man knocked the traffic agent’s hat off his head and on the ground. That’s when the agent also escalated things and advanced toward the suspect. The suspect then shoved the agent down and the two began physically fighting. The two wind up off camera, and that’s where investigators believe the suspect pinned the agent to the ground and punched him repeatedly. After the brutal attack, the suspect fled away in his Volkswagen.

The traffic cop was taken to a nearby hospital. Authorities are asking for the public’s help in identifying the person responsible for the violence.

Getting upset over a traffic ticket is a pretty normal response, but you should always do your best not to allow your feelings to overtake you and cause you to commit violence against someone else. This mantra is never truer than when you’re dealing with a traffic agent in New York. Per the law, any type of assault against a traffic agent is considered a felony offense. This type of criminal action is punishable by a minimum of 2 years in prison. Considering that the incident above led to injuries requiring a hospital visit, the sentence might be increased. A person’s sentence for this type of crime will increase based on the severity of the injury sustained by the officer.

A felony conviction will also result in life-altering consequences like losing the right to possess firearms, vote, hold public office, and more. To avoid these consequences, it makes the most sense to hire a lawyer.

Were You Hit With an Unfair Traffic Ticket Violation?

Have you recently been served with an unfair traffic ticket or accused of committing a traffic violation? If so, then you already know that raging out or getting upset won’t solve anything. What can help you, though, is hiring a solid traffic ticket defense attorney who can help you find a solution to your motor vehicle violation woes.

If you will be facing traffic court in New York or a surrounding city, then our office might be able to help you. Schedule a case review with our attorneys now to learn more about what we can do for you.