Fleeing From an Accident 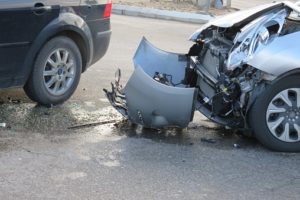 In New York, you are required to stop your vehicle if you become involved in an accident. You must report most accidents that occur, and should exchange contact information with the other driver who was involved in the collision.

If you are accused of fleeing from an accident, you need to talk with New York traffic lawyers to find out what options you have for fighting the serious charges you are facing. There could be defenses available to you that allow you to avoid the consequences that result from a conviction for a hit-and-run offense.

NY Traffic Firm has helped many motorists to respond to hit-and-run charges. We can assist you in exploring your options for introducing doubt about whether you committed a hit and run so you can avoid conviction. We can also help you to explore affirmative defenses that might allow you to be acquitted when faced with criminal charges. Finally, our legal team could also help you to argue for charges to be dropped or could assist you in negotiating a plea deal reducing the possible penalties that you face.

You should act quickly so an experienced attorney can begin putting together a strong case when you have been accused of a hit-and-run. As soon as you are under investigation for allegedly leaving the scene of a motor vehicle accident, call our Manahattan office to help you begin developing a legal strategy to fight for your future.

New York Laws on Fleeing the Scene of an Accident

NY VTL section 600 defines the offense of leaving the scene of an incident without reporting.

Section 600(1)(a) makes clear that a motorist must report an accident if the collision caused property damage to occur. The driver must provide his contact information and details about his insurer to the person whose property was damaged. If the person who sustained the damage was not present, the driver who caused the damage must report the incident at the nearest police station or to a judicial officer. Leaving the scene of a crash when property damage occurs is a traffic infraction.

Section 600(2) prohibits leaving the scene of an accident that caused personal injury to another person. When personal injury occurred, the driver involved in the accident must provide his or her contact information and insurance information. The accident must be reported to the nearest police station or judicial officer as soon as the motorist is able to make the report after an accident. Failing to exchange insurance information and report the crash is classified as a Class B misdemeanor offense or a Class A misdemeanor if serious injury occurred.

New York laws also prohibit leaving the scene of an accident causing injury to a horse, dog, cat, or cattle.

Penalties for Fleeing the Scene of an Accident

A motorist who leaves the scene of a property damage crash can face penalties for the traffic infraction as defined by New York Vehicle and Traffic Law 600(a). The penalties include a maximum fine of $250, up to 15 days of imprisonment, or both.

A law enforcement officer is authorized to arrest a motorist for a hit-and-run even without a warrant. In addition to the fines and possible penalties, a motorist can also get points on his license, or could have a license to drive suspended or revoked as a result of fleeing the scene of an accident.

How a NYC Traffic Ticket Attorney Can Help You

Fleeing from an accident is not just a traffic infraction. If you leave an accident in which someone was hurt or someone was killed, you could potentially be looking at felony charges, a lengthy term of imprisonment, and the suspension or revocation of your license. Your criminal record could impact future opportunities, and the record of the hit-and-run could make your auto insurance extremely expensive once you are eventually allowed to drive again.

There are defenses that you could raise, and your attorney Simon Kabzan can help you to explore options for trying to avoid being convicted of a hit-and-run accident. Your attorney could also help you to try to negotiate a plea deal for reduced penalties so you can avoid serious consequences if you don’t want to try to fight the accusations against you.

NY Traffic Firm has represented many motorists accused of fleeing the scene of an accident, including in cases where a motorist was accused of leaving the scene of a collision causing serious injuries or causing a fatality. To find out more about how New York traffic ticket lawyers can help you to respond when you’ve been accused of a hit-and-run, give us a call today.