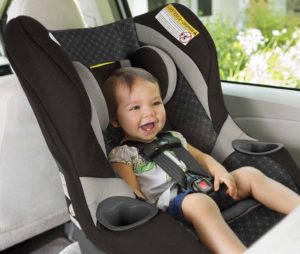 In New York, every driver with a young child is expected to obey laws requiring a child be secured in an appropriate child safety seat. If a driver fails to secure a child in a child seat, that motorist could be cited for failing to follow the law. A child seat ticket comes with a substantial fine and is considered a serious violation that results in points on your license.

If you are accused of not having your child in a child seat as required by law, you don’t have to just pay the fine associated with this offense and accept getting points on your license. NY Traffic Firm can help you to determine if there is a way to fight the ticket. Simon Kabzan can also help you try to reduce penalties or avoid being found guilty of breaking the law.

You have only a limited amount of time to challenge the ticket, so contact our New York traffic ticket lawyers as soon as you have been accused of driving with a child who was not properly restrained in a child seat.

Under the law, all children under the age of eight must be in an appropriate child restraint system. The system that is used for the child must be rated for the child’s age and weight, and the system must be used in accordance with the manufacturer’s instructions for that particular product.

Safety seats used for children must meet guidelines set forth by the Federal Motor Vehicle Safety Standards. The child safety seat has to be permanently affixed to the vehicle or must be secured by a seat belt to the vehicle.

Once a child is over the age of eight, there are still obligations for young people to wear safety belts, including when they are riding in the back seat of a vehicle. The law mandates seat belt use for children up until the age of 16 sitting in a car’s back seat.

If a driver does not properly secure a child, the motorist can get a child seat ticket or a seat belt ticket, which can result in three points on the driver’s license.

It is common for motorists to be pulled over for other violations, such as for speeding, and for a law enforcement officer to notice that a child is not properly secured in the vehicle. This could mean that a motorist gets points not only for the initial violation that the motorist was pulled over for, but also for the child seat violation.

A motorist could face a hearing for a license suspension after getting just 11 points within an 18 month period. A motorist who gets three points for not having a child secured, along with other points for a moving violation, could quickly hit 11 points and could potentially lose the ability to drive.

Drivers can also face substantial fines for violating the law on the use of a child safety system. The financial consequences can go far beyond just the initial fine, though, as points on a license and a black mark on a driving record could result in insurance rates rising for a driver who has been ticketed for driving with an unrestrained child.

Failing to restrain a child could also cross the line into child endangerment, which could result in more serious charges for a motorist who is accused of a criminal traffic violation, such as reckless driving or drunk driving. Motorists need to understand the specific accusations that are being made against them so they can fully grasp the possible consequences and make a strategic decision in how to respond to the claims that they violated the law.

If you have been accused of violating the law regarding the use of a child restraint system, you need to take prompt action as soon as you receive a citation. Taking action right away is even more important if you are facing any type of criminal charges.

NY Traffic Firm knows the laws on child safety seat violations and our legal team can provide you with assistance in determining the best way to respond to the accusations that have been made against you. If there is an option to try to defend against the accusations, our legal team can help you to implement a legal strategy for fighting the ticket and trying to protect your clean driving record. We can also explore ways to help you reduce the severity of the accusations against you to reduce possible fines and penalties.

To find out more about how New York traffic ticket attorneys can assist you after you have been accused of driving with an unrestrained child, give us a call today.